Written by Rich Leotta – Originally published May 30, 2021 in The Washington Post. Legislation was recently introduced in Congress that could save thousands of lives each year and spare other families the agony mine has experienced since Dec. 3, 2015. That was the night a drunk driver hit my son, Montgomery County Police officer Noah Leotta. Noah died from his injuries a week later. He was hit while standing next to his patrol car after stopping another suspected drunk driver as part of a holiday-season drunken-driving enforcement initiative. When Noah was killed by the exact crime he was trying to protect us from,…

Noah’s Law was intended to require interlocking devices to be installed on the vehicles of all offenders of drunk driving. However, because of Maryland’s Probation Before Judgement (PBJ) a lethal loophole exists that is being exploited by our judges. If a person is found guilty of drunk driving the judge has the option of granting a PBJ on a first offense. When this happens the offender is not rendered a judgement of conviction thereby the judge is NOT compelled to comply with Noah’s Law. I have verified, from 22 months of court monitoring, that when a PBJ is granted NO interlock…

Relatives of those killed by Md. drunken drivers look to close law loophole 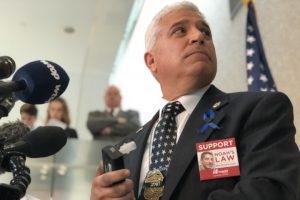 By Kate Ryan | @KateRyanWTOP ANNAPOLIS — If a Maryland driver is convicted of drunken driving, they must have an ignition interlock device installed in their car. That’s due to Noah’s Law, the 2016 legislation named for Noah Leotta, a Montgomery County police officer killed by a drunken driver in 2015. But now, Maryland lawmakers say that despite Noah’s Law, there is a gaping loophole in the state, and they want to close it. Under current law, if a driver pleads to a drunken-driving charge and gets probation before judgment (known as PBJ) they are not subject to that requirement….

Rich Leotta has joined Mothers Against Drunk Driving, calling on lawmakers to expand Noah’s Law to require ignition interlock systems for first offenders who plead guilty and are given probation instead of a conviction.

WRAP’s Public Service Award is an honor annually presented to a person or persons championing lifesaving public policies aimed at deterring drunk driving and or underage drinking. This year, it is presented not to an elected official but an unparalleled anti-drunk driving advocate thrust into the position of “change agent.” He – along with his wife, Marcie, who is also with us today – unfortunately, can speak, first hand, of drunk driving’s inherent dangers. A married and dedicated father of two and former procurement director for the U.S. Department of Energy before retiring four years ago, he is perhaps best…

Checkpoint at Arcola and Georgia Ave

Rich Leotta was with MCPD at a Checkpoint at Arcola and Georgia Ave on Friday 11/2/18. 5 people were arrested for DUI. Checkpoints are an effective enforcement tool that reduces drunk driving by 20%. Thank you MCPD for saving lives! 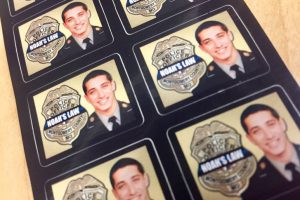 WASHINGTON — After facing years of criticism, the passage of Noah’s Law in 2016 was supposed to show that Maryland lawmakers took drunken driving seriously and were willing to impose stronger sentences. But now advocates are growing frustrated that the law may not be having the impact it was supposed to thanks to a loophole that allows some people to walk out of court with minimal sentences. Read the full article here.

FOR IMMEDIATE RELEASE: October 25, 2017   Contact: Erin Henson MDOT Public Affairs 410-865-1025 (office) 443-829-9386 (cell) *** Media Advisory***   MDOT Promotes Driver/Pedestrian Safety for Halloween   Officials focused on preventing impaired driving and pedestrian safety   HANOVER, MD – On Friday, October 27, 2017, the Maryland Department of Transportation will hold a press conference focused on its efforts to increase driver and pedestrian safety awareness approaching Halloween.  The visibility of pedestrians who are out Trick or Treating for Halloween, along with ways to prevent impaired driving, including transit options, will be discussed.   The event also will highlight…

Rich Leotta and Marcia Goldman are members of a club that no parent wants to join. Instead of preparing for the holidays, they are remembering the two-year anniversary of their son’s death. Montgomery County Police Officer Noah Leotta, 24 was making a traffic stop on Rockville Pike while working on the Holiday Alcohol Task Force on Dec. 3, 2015, when he was struck by a car driven by an Olney man who had a blood alcohol content of .22, nearly three times the legal limit of .08. Noah Leotta died a week later. To mark the sad occasion, a large…