There are more deadly drunk driving crashes on Halloween than New Year’s Eve, according to the National Highway Traffic Safety Administration. News4’s Aimee Cho spoke with the father of an officer killed by a drunk driver who has an important message for people who will be out drinking to celebrate the spooky holiday. Watch Full Video Here

It was one year ago when Noah’s Law put an ignition interlock device on every convicted first time drunk driver. It’s working, but drunk drivers are still making our roads far too dangerous. Watch Full Video Here

Officer Noah Leotta is saving lives nationwide as the face and centerpiece of an exhibit and brochure supporting the use of ignition interlock devices. There are 300,000 thousand drunk driving incidents every day and with the limited resources of the thin blue line only about 4000 per day are caught.  Every 2 minutes someone is injured by a drunk driver and every 51 minutes someone is killed by a drunk driver.  For the past decade ignition interlock devices have stopped nearly 2.4 million attempts to drive drunk.  Imagine how many more drunk driving incidents could be prevented and lives saved… 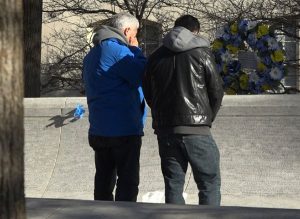 Saturday marks one year since 24-year-old Montgomery County Police Officer Noah Leotta, passed away. “I want his name not only to be etched here, but to be etched in everybody’s heart and mind,” said Richard Leotta, Officer Noah Leotta’s father. For Leotta, it’s hard to imagine a year has gone by. “Tomorrow is the anniversary of when he passed away. That’s the day I saw Noah take his last breath. It’s the worst memory I have. I wouldn’t wish it on anybody else,” he said. The young officer was struck while on duty last December. His uncle, David Leotta, visited…

The Montgomery County Police Department has named their newest K9 Noah, after fallen Officer Noah A. Leotta. The parents of Officer Leotta attended the ceremony and are grateful for the legacy of their sons name being carried on. Read the full article from various local news sources below: Montgomery Co. Police Names K9 After Noah Leotta New Police K9 Named After Fallen Officer

Maryland Governor Larry Hogan has introduced anti-crime bills this past week to tackle drunken driving as well as drugged driving. There was also a bill to introduce new evidence to be used in sexual assault cases. Rich and Maria Leotta, parents of Officer Noah Leotta attended the introduction of these new anti-crime bills. Read the full article here: WTOP Full Article

A recent study done the American Journal of Preventive Medicine found that there was a drop in causalities from drunk driving instances. It requires all offenders of a DUI to use the breathalyzer technology, which found a 7% drop in drunk driving causalities. Officer Noah Leotta is still helping save lives. Read more about this by clicking the link below to see the Baltimore Sun’s coverage of the story. Baltimore Sun – Breathalyzer Technology Saving Lives

Maryland will now put ignition interlocks on DUI offenders with the help of Noah’s Law. Even more so, Noah’s Law will also be adding stricter policies to the current DUI laws in the state of Maryland. Read more about this from various local new sources below: WBOC16 – Maryland House Votes to Expand Ignition Interlock CBS Baltimore – Noah’s Law Moves Closer to Putting Brakes on Drink Drivers ABC7 Washington – Ignition interlock use to soar in Maryland, thanks to legacy of fallen officer NBC4 Washington – Noah’s Law Takes Effect in Maryland Washington Post – Image of officer killed… 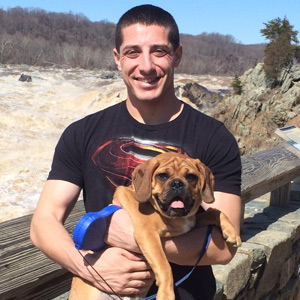 Watch father to Noah Leotta, Richard Leotta, talk about DUI’s and his son who was slain by a drunk driver below. Watch the full video here Video from WJLA